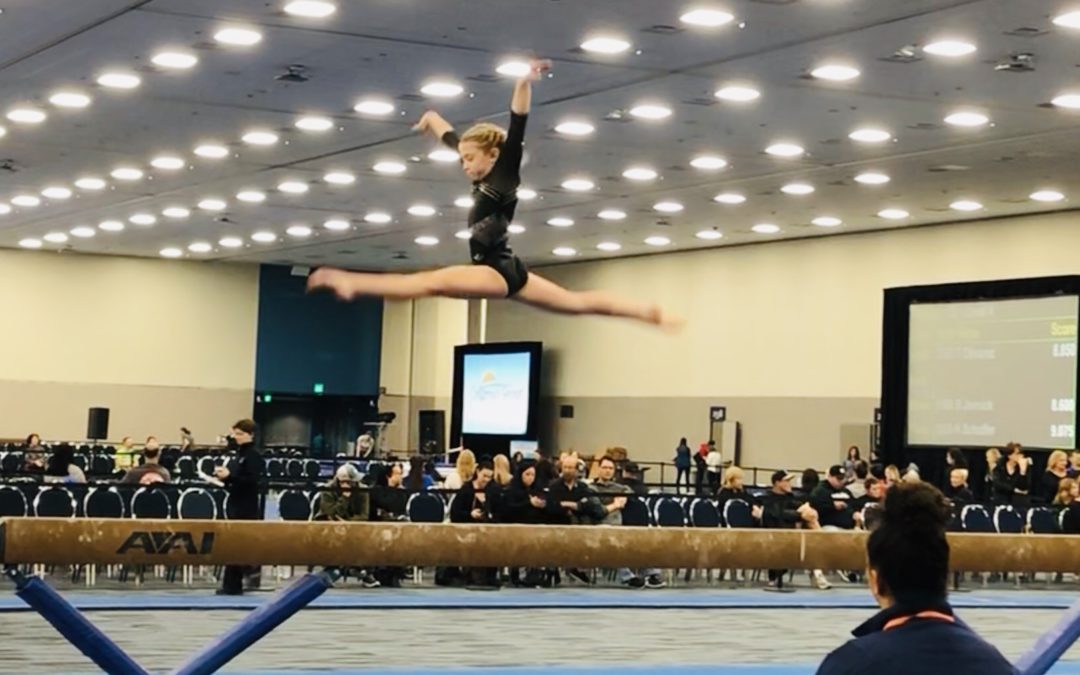 Olympica’s Level 6-10 Optional Team Girls started 2019 off properly by putting up some incredible performances at the California Grand Invitational that earned them 15 podium finishes. Check out what Zach Cavanaugh of the San Clemente Times had to say about it below. Awesome start to competition season, girls!

In Level 6, Madelyn Snedeker of San Clemente earned two titles, with championship performances in the floor exercise with a score of 9.775 and on the beam at 9.875. Kylie Phillips of Laguna Niguel tied for second in floor exercise at 9.550.

In the Level 6 junior division, Kirra Schmitt of San Clemente earned a co-championship on the bars with teammate Bela Block of Aliso Viejo as each posted a score of 9.425. Addison Malue of Mission Viejo picked up three bronzes, with third-place finishes in floor exercise at 9.400, on the beam at 9.450 and all-around at 36.625.

In Level 8, Julia Rojas of San Clemente finished second on bars with a score of 9.500 and finished in a tie for second in floor exercise with another 9.500. Kaitlyn Driessen of Rancho Mission Viejo won the Level 8 junior division’s all-around championship at 36.800 with a first-place finish in the floor exercise at 9.575, and a pair of third-place finishes on the balance beam at 9.350 and the bars at 9.175.

Olympica Gymnastics’ next competition will be at the San Diego Classic from Jan. 26-27.”